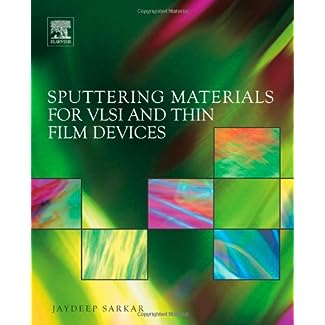 The content of the book has been divided into two sections: (a) the first section (Chapter 1 to Chapter 3) has been prepared for the readers from a range of disciplines (e.g. electrical, chemical, chemistry, physics) trying to get an insight into use of sputtered films in various devices (e.g. semiconductor, display, photovoltaic, data storage), basic of sputtering and performance of sputtering target in relation to productivity, and (b) the second section (Chapter 4 to Chapter 8) has been prepared for readers who already have background knowledge of sputter deposition of thin films, materials science principles and interested in the details of sputtering target manufacturing methods, sputtering behavior and thin film properties specific to semiconductor, liquid crystal display, photovoltaic and magnetic data storage applications.

In Chapters 5 to 8, a general structure has been used, i.e. a description of the applications of sputtered thin films, sputtering target manufacturing methods (including flow charts), sputtering behavior of targets (e.g. current – voltage relationship, deposition rate) and thin film properties (e.g. microstructure, stresses, electrical properties, in-film particles). While discussing these topics, attempts have been made to include examples from the actual commercial processes to highlight the increased complexity of the commercial processes with the growth of advanced technologies. In addition to personnel working in industry setting, university researchers with advanced knowledge of sputtering would also find discussion of such topics (e.g. attributes of target design, chamber design, target microstructure, sputter surface characteristics, various troubleshooting issues) useful.